From October 2017, to mark the centenary of the Russian Revolution, the Sainsbury Centre for Visual Arts will stage two major exhibitions contrasting art, life and culture in Russia before and after the Revolution. The first exhibition, Royal Fabergé, will explore the glittering saga of the world’s greatest artist-jewellers during the decades preceding the First World War. The second, Radical Russia, will show how avantgarde artists – who had scandalised conservative society with outrageous and subversive painting, poetry and theatre – came with revolution to briefly become the State’s officially approved culture. Ultimately both high points of human artistry were to be laid low by horror and terror.

Royal Fabergé will reveal how the exquisite creativity of the Fabergé workshops ranged from St Petersburg and the Romanov court to a dairy on Norfolk’s Sandringham Estate, through the patronage of two sisters – Danish princesses who, as Alexandra and Maria Feodorovna, became queen consorts in Britain and Russia, and who strove to bring their adopted countries together. Fabergé’s London store was the only one outside the Russian Empire. More than 60 Sandringham-linked loans from the Royal Collection – in addition to the magnificent Basket of Flowers Imperial Easter Egg from 1901 – will provide the centrepiece of the exhibition. Featured creatures will include the champion racehorse Persimmon, whose winnings helped fund the Norfolk estate, and Caesar, Edward’s favourite Norfolk terrier.

This is a story about the huge significance of small things, a marvellous tale that will be told to us by the exhibition Curator Ian Collins. The event will also include afternoon tea and a tour of the Radical Russia exhibition.

Ian Collins will be signing copies of his new publication Fabergé from St Petersburg to Sandringham which will be available to us at a 10% discount on the day.

Tickets are £25 and £15 to Sainsbury Centre Members. Numbers are limited, so to book your place please contact info@eastangliaartfund.org.uk 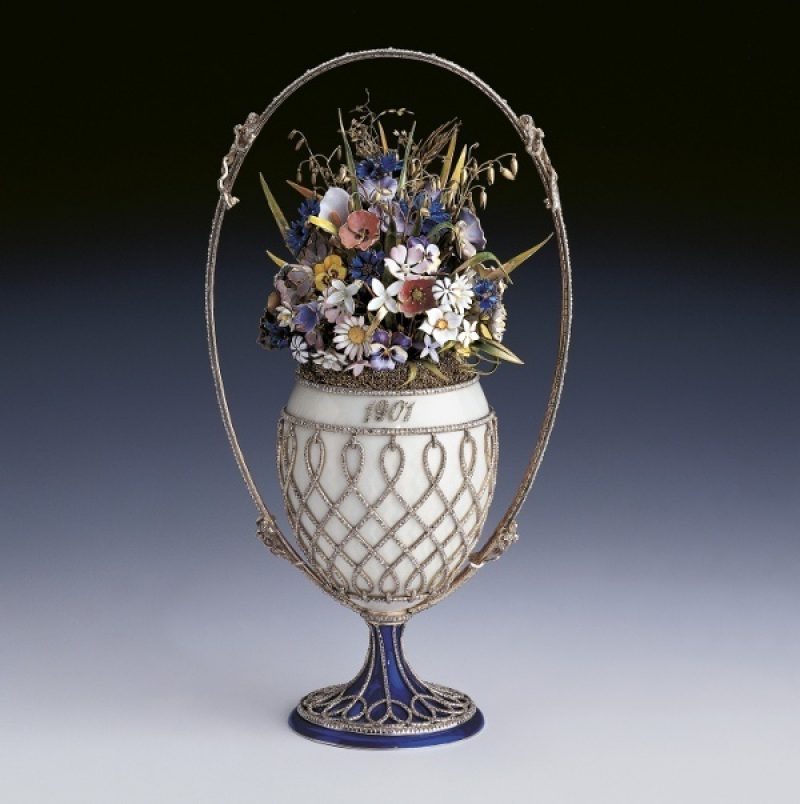