And at the heart of the Suffolk countryside, heavily cultivated for several millennia, stands the mighty pedunculate oak Quercus robur. It is this tree in particular, the English oak, that is an inspiration for this year’s Alde Valley Spring Festival.

The theme for this year is Handmade and workshops will be open to the public at weekends and Bank Holidays, with opportunities for visitors to talk to makers and buy or commission works from them. Craft practices represented in the 2017 workshop residency programme include: chair making, knife making, spinning and felt making, bronze casting, tile making, sign writing, stained glass, musical instrument making, leather work, spoon making and basketry. There will also be static displays of tree surgery and saw milling.

“This modest wood of, perhaps, some fifty acres has always suggested to me a sampling of the forest proper in many of its varieties. It was the forest proper when I was a boy. Now it is a sequence of glades, sluices, stands of ash,oak and beech, gardens, flowery banks, scrub, conifers, rabbit runs, tracks – anything a visiting woodlander can ask for.” From Field Work by Ronald Blythe.

In this excerpt from his book Field Work, Ronald Blythe describes both the mystery and attraction that woodland – or forest – can offer to a visitor. And of these two, forest is perhaps the more elusive term. It conjures images of thick, wild land enmeshed in trees and scrub and punctuated by bogs and streams or, if the topography allows, cascades and waterfalls : the Wildwood - the true, ancient inclination of the land and its natural expression. But as so often happens, the word has been adapted to new uses. In the absence of wildwood, the word forest has been tamed and now also applies to large areas of planted woodland. It has become a more domesticated version of the wild forest and a familiar sight in East Suffolk, where publicly owned forest extends over thousands of acres around Tunstall, Blaxhall and Rendlesham.  But what was the real wildwood of East Suffolk ? What species of tree grew here and what did the land look like ? And what, if any, traces of the original forest still survive in the living landscape of modern Suffolk ? In his book The Suffolk Landscape Norman Scarfe referred to a central rump of heavy clay land that runs across the middle of the county. This was once known as 'High Suffolk' [which it certainly is, in relative terms] and also as 'Central Suffolk'. It was the home and the last refuge of a great belt of primeval forest dominated by oak. It survived into the Iron Age and beyond due to the thickness of the soil, made heavy by boulder clay. It was cut down many centuries after the Brecklands and Sandlings to the west and east had been settled and cleared for farming : “The clay fields, too much for the prehistoric farmers to attempt, were very early cleared and made by the Old English settlers .. Many of the great open fields were already being enclosed by the Middle Ages, and drained with huge moat-like ditches; and the ditches led into streams that slowly carved into our gentle valleys. In this way the artificial creations of ditch and stream have come to look like the ‘natural’ lie of the land.” He continues : “The key to the occupation of the broad central two-thirds of Suffolk was the development of the beast-drawn plough with an iron coulter. Until this was first brought in by the Belgae, the main incentive to fell the oaks and drain and settle on the clay was missing. It is no accident that ‘coulter’ is at the bottom of the word ‘culture’, and that cultivation is a Roman idea from the same time. The cultivation of the landscape with the plough is the first step toward’s Suffolk’s civilisation. (Occasionally, it seems to have been the last.) Certainly one of the key questions for archaeologists to resolve in Suffolk is how much of the clay woodland was converted into fields by the Iron Age and Romano-British farmers, and how much was left for the Old English to clear.” In his writing, Norman Scarfe suggests that the wildwood of Suffolk survived as an enclave on the clay uplands of High Suffolk up until just over two thousand years ago - until the arrival of the iron-tipped plough and the draught-ox. What we see around us today is a scattering of old and young oak trees, intermingled with self-sown alder and myriad ash, hornbeam, elm, birch, hawthorn, cherry, sycamore, sweet chestnut, poplar, willows, blackthorn, hazel, holly, maple, larch, evergreen conifers and the occasional rowan – many, perhaps even the majority, grown from planted stock. They stand alone or along hedgerows or in small spinneys and plantations; or in remnants of older woodland or pockets and occasional expanses of self-seeded scrub woodland.  It is this beautiful mixture of planted, cultivated, trimmed, cropped and self-sown, sporting wild trees and shrubs that have become part of the familiar, intriguing and richly diverse Suffolk countryside; long enclosed and farmed and ‘civilised’. And at the heart of this countryside, heavily cultivated for several millennia, stands the mighty pedunculate oak Quercus robur. It is this tree in particular, the English oak, that is an inspiration for this year’s Alde Valley Spring Festival. 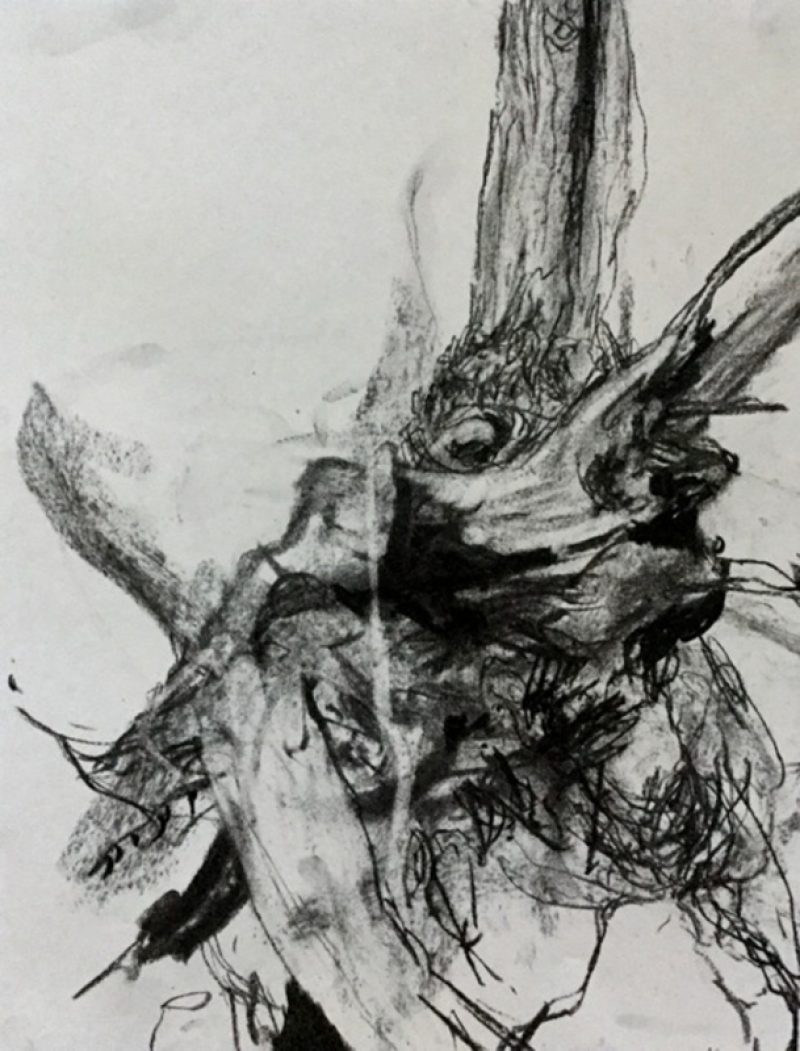