For the first time in its history the prestigious British Art Show is coming to East Anglia. Opening in Norwich on Friday 24 June, British Art Show 8 is the United Kingdom’s most ambitious and influential contemporary art exhibition and is the “one show which is a must see” – Time Out.

The show’s arrival in Norwich is being celebrated by a unique event conceived by Great Yarmouth-based artist Alan Kane in which the county’s rich agricultural past combines with contemporary art practice to create an extraordinary spectacle. On Saturday June 18 leading contemporary artist Alan Kane will get the ball rolling with his specially commissioned event. Six horse drawn carts will process through the city’s streets, leaving Chapelfield at 11.30am and arriving at the Forum at 1pm, ceremoniously delivering the art works to each venue announcing British Art Show 8’s arrival in Norwich.

British Art Show 8 opens officially to the public in venues across the city on Friday 24 June until 4 September 2016.

Widely recognised as the most ambitious and influential exhibition of contemporary British art, the British Art Show is organised every five years by Hayward Touring. BAS8 launched in October 2015 at  Leeds Art Gallery. Attracting over 420,000 visitors in 2010 / 2011 for BAS7, the British Art Show is the largest touring exhibition in the UK. Each edition is dedicated to showcasing the best work of a new generation of artists. The artists are chosen on the grounds of their contribution to art in this country in the last five years – making the British Art Show a vital measure of the current state of contemporary art in the UK.

On Saturday 18 June the City’s streets will witness a stunning procession of six carts pulled by magnificent shire horses, including rare-breed Suffolk punches.

The horses will process through Norwich city centre, from 11.30am to 1pm, to deliver the crates containing British Art Show 8 art works to the three venues – Norwich University of the Arts, Norwich Castle Museum & Art Gallery and the Forum.

In much the same way as the circus would announce its arrival, this dramatic procession will broadcast the forthcoming British Art Show 8 to thousands of onlookers.

Norwich has a long history of heavy horse processions. In 1908 the first Norwich & District Horse Parade was organised for horses employed within a six-mile radius of the Guildhall. Farmers, builders, brewers, butchers, coal and coke merchants were all represented. Channelling the spirit of those earlier traditions, working horses will once again be charged with an essential delivery – in this instance the eagerly anticipated British Art Show 8.

Commenting on the inspiration behind the project, Alan Kane said: “The horses and their tack and wagons never fail to draw a gasp from almost everyone when they are on show or working. Here we celebrate the very newest art from Britain by delivering it in one of the most traditional and spectacular ways imaginable, making an art history and transport-history collision.”

Neil Powell, Pro-Vice Chancellor of Norwich University of the Arts, said: “The procession of heavy horses that launches British Art Show 8 is a great way for the City of Norwich and the wider community to have a sense of shared ownership for this extraordinary contemporary art show.

There’s also an opportunity for the community to play a role in the spectacle. In keeping with tradition, the leather harnesses of the horses will be adorned with horse brasses*, decorative brass plaques attached to their martingales (leather breast strap). But in a contemporary twist, these horse brasses will have been specially designed for the event by members of the public, whose designs were chosen by Alan Kane from an open submission to become part of British Art Show 8. Twenty candidates were successful and Alan will be fabricated their designs in the studios at Norwich University of the Arts in March.

After the great event these brasses will be gifted to the participating horses [ME3] with one set entering the collection of Norfolk Museums Service, complementing the historic examples of horse brasses already accessioned.

Part of Hayward Touring’s comprehensive exhibition programme, designed to showcase and celebrate the country’s leading role in the international art scene, the British Art Show is a five yearly exhibition. For its eighth incarnation 42 established and emerging contemporary artists are represented and the show features more than 100 art works – many of which were commissioned for the exhibition.

Norwich is the third venue of British Art Show 8’s touring programme and curators Anna Colin and Lydia Lee, together with curators from both Norwich Castle Museum & Art Gallery and the Norwich University of the Arts, have devised a special presentation for the City. This, together with works, which have been developed and created over the run of the exhibition to date, plus totally new pieces, makes the Norwich showing different from its previous showings in Leeds and Edinburgh.

As well as artists from Scotland, Ireland, Wales and England, other countries are also represented. All the artists, however, are either living and working in Britain and were selected based on their work and contribution to the British and international art scene over the past five years.

In addition East Anglian audiences will be particularly interested to see works by Ryan Gander, who divides his time between Suffolk and London, together with the magnificent and atmospheric sea paintings created on Dunwich beach in Suffolk by Jessica Warboys. Aside from his opening procession, Alan Kane is also represented with range of unusual gallery seating constructed from granite gravestones.

This regional dimension, combined with the prestige and excitement of the British Art Show, has attracted record sponsorship for either a Norwich Castle or Norwich University of the Arts exhibition. Larking Gowen, Mills & Reeve and InTu, Chapelfield, are headline commercial sponsors, alongside long-standing support from the East Anglia Art Fund with media support from Archant.

Hayward Touring at Southbank Centre is a contemporary art organisation producing exhibitions that tour to galleries, museums and other publicly-funded venues throughout Britain. Hayward Touring collaborates with artists, independent curators, writers and partner institutions to develop imaginative exhibitions that are seen by up to half a million people in over forty five cities and towns each year. 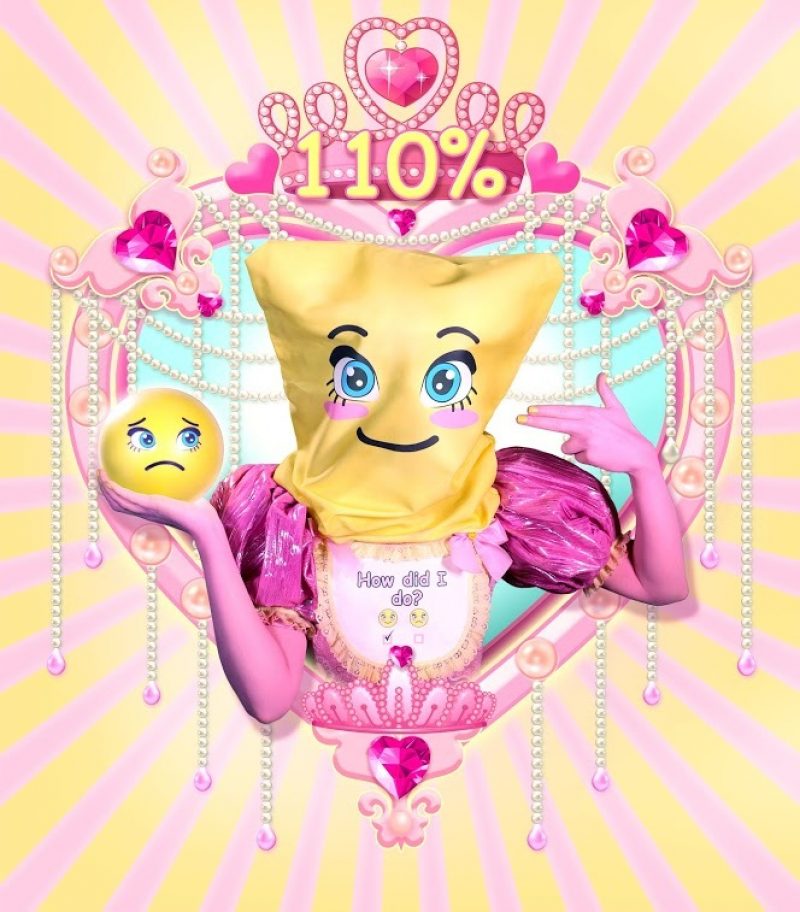