Destroy and you create: Gustav Metzger in King's Lynn celebrates the town’s connections with radical political artist Gustav Metzger (1926-2017), who lived and worked in King’s Lynn between 1953-1959. This exhibition will feature paintings and drawings made by the artist during that period, including works that had been considered lost until very recently, when a cache of drawings were discovered in a loft in London. The exhibition will also include archival material relating to Metzger’s political activism and involvement in local issues and events at that time.

Metzger’s years spent in King’s Lynn were a hugely important period in the artist’s life. During the late 1940s and early 1950s, Metzger studied under the artist David Bomberg and exhibited with the Borough Group. But in 1953 he left the group, causing a rift with his early mentor. He withdrew from art-making, left London, and came to King’s Lynn, where he earned a living as a dealer in second-hand books and furniture.

However, Metzger never lost sight of what was happening in the art world. He organized several exhibitions at 30 Queen Street, showing work by Eduardo Paolozzi, William Turnbull and local artist and Wiccan Monica English as well as posters produced by artists for ‘This is Tomorrow,’ a ground-breaking exhibition at the Whitechapel Gallery, London in 1956. He also gradually returned to making work, experimenting with materials and processes during this period; he started painting with oil and emulsion paint on reinforced plastic or mild steel and abandoned brushes in favour of applying paint with a palette knife or his fingers.

It was during this time in King's Lynn that Metzger co-founded, with Bertrand Russell and others, the Committee of 100, a British anti-war group advocating non-violent civil disobedience, and took part in protests organized by the pacifist Direct Action Committee against nuclear war, at US nuclear missile bases around East Anglia. He also set up the King’s Lynn CND (Campaign for Nuclear Disarmament) group and was heavily involved in the North End Protest in King’s Lynn. ‘Everything I know about activism,’ Metzger once said, ‘I learned in King’s Lynn.’

It was in King’s Lynn that Metzger began to creatively explore the relationship between destruction and creation, in his paintings and in the exhibition ‘Treasures of East Anglian Churches,’ which he organised for the 1957 King’s Lynn Arts Festival. The exhibition gathered together religious relics from churches across the region that had been defaced and damaged by zealous protestants during the Reformation, drawing attention to the ways in which the symbolic aura of these objects had been enhanced by historical events.

This exhibition will also include the artist’s landmark participatory artwork, MASS MEDIA: Today and Yesterday (2011). In this work, visitors will be confronted by thousands of newspapers piled high in the middle of the Red Barn. Everyone is encouraged to come in and cut out articles related to topics such as “extinction” or “the way we live now,” from the stacks of daily newspapers, and display these on the walls around the room for others to see. The resulting mural will reflect the cares and concerns of everyone taking part; it will also lay bare the ways in which the news media frames our view of the world we live in. Metzger called this a ‘public-active’ installation because it can only be activated by other people, and is, because of this, a truly public form of art. 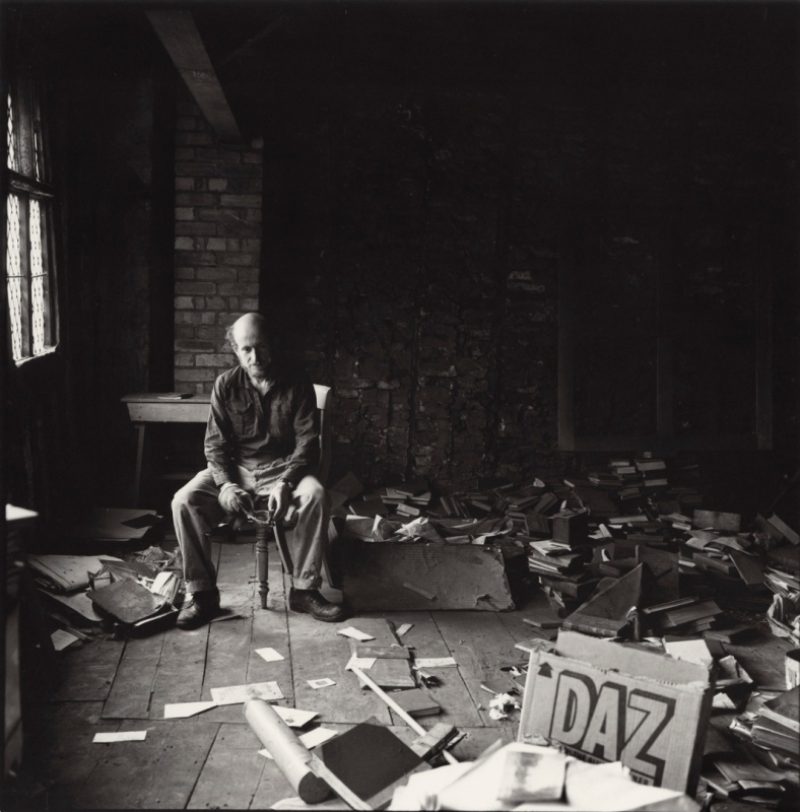