This exhibition will focus on aspects of Rembrandt’s uses of light and shade. Perhaps the most revered artist of the European tradition, Rembrandt was a supreme communicator through light and shadow, whether portraying divine transcendence or purely human concerns.

This exhibition will highlight the extraordinary collection of 93 etchings by Rembrandt at Norwich Castle, combined with a select group of related oil paintings and drawings on loan, to demonstrate Rembrandt’s explorations of light and darkness to the fullest extent. In paint, drawing or print, Rembrandt clearly enjoyed the challenges of rendering figures emerging from darkness and the subtleties of differentiating night from shadow.

His use of light in a spiritual sense may signal divinity, revelation or redemption. Rembrandt’s images of Christ are illuminating in every sense of the word, shining a spotlight on both Christ’s divine and human natures. Equally, Rembrandt also shows us humanity, in the sense of the entirely human, non-divine, condition, so that any of his works depicting people could claim the title Ecce Homo (‘Behold the Man’). In his portraits, whether of himself or others, in paint or print, Rembrandt illuminates the minds and hearts of his subjects. He conjures up the revelation of a narrative, superbly showing us emotion through his employment of light and darkness, portraying extremes with directness and compassion.

In his paintings, Rembrandt shows an intense understanding of the possibilities of light and shade, deepening their impact through contrasts, developing from his earliest works towards his later, looser style. From the drama of his biblical scenes, to the meditative inner light of some of his late portraits, Rembrandt could transform the everyday to the sublime through his palette, his use of texture and his placing of the smallest highlight.

One of the world’s greatest printmakers, Rembrandt’s handling of light and darkness expressed purely through the medium of lines and the space around them, was unsurpassed. He achieved extraordinary richness of texture and contrast. During his lifetime, he was as famed for his prints as for his oil paintings, being better known in Britain as a printmaker.

In the more personal medium of drawing, with extraordinary assurance and increasing economy, Rembrandt added washes to his repertoire, enriching his range of tonal as well as linear possibilities for depicting light and shadow.

Rembrandt: Lightening the Darkness will show how physical and metaphorical light and darkness meet and combine in Rembrandt’s work in all media, to produce narratives that communicate to the viewer across time. 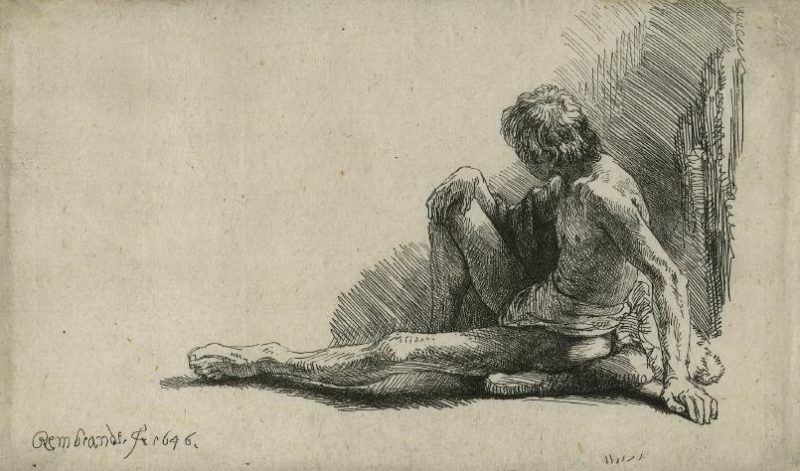