This exhibition will explore the world of the seventeenth century from the vantage point of a single painting. This work survives as a unique record of a lost collection – owned by the Pastons at the height of their prosperity but dispersed by the early eighteenth century as the family declined. The rich collections once at the Pastons’ Norfolk country house, Oxnead Hall, will be revealed through archival records, archaeological evidence and the painting’s multi-layered narratives. The exhibition project, a collaboration between Norwich Castle and Yale Center for British Art, focuses on the enigmatic painting itself and its unknown artist, as well as the family and their collection.

The original collection of Sir William Paston (1610-1662) was significantly added to by his son, Sir Robert (1631-1683).  Robert almost certainly commissioned the painting initially to record a small selection of his family treasures. However, William Paston’s travels are key to the collection’s origins. In 1638-39 he went on an extended tour of Europe, the Holy Land and Egypt. An ardent royalist, Sir William was made a baronet by Charles I in 1641, although the Civil War drove him into exile in Rotterdam in 1643. He suffered heavy penalties imposed by Cromwell, including the surrender of £1100 in plate. Nonetheless, during the war period he continued to collect.

Robert Paston also spent the Interregnum abroad, partly at the Court of Louis XIV. He provided financial support to the future Charles II, for which he was knighted in 1660 and made Earl of Yarmouth in 1679. In 1666 Robert was granted a lucrative customs farm, enabling him to augment both his collections and Oxnead, which Charles II visited in 1671. An early member of the Royal Society, Robert also associated with noted thinkers of his day, and had a passion for alchemy. Our exhibition will explore his intellectual interests, showing how these fed into his love of collecting.

Some objects from the painting have been traced. One shell cup is in Norwich Castle Museum; the silver-gilt flagon is in the Metropolitan Museum of Art, New York. The English or Dutch mother-of-pearl flask is in a London private collection. The remaining ten objects are Dutch, Flemish or German, three of which are in the Rijksmuseum, Amsterdam, the Prinsenhof Museum, Delft and a New York private collection. We aim to display these alongside similar magnificent artefacts equivalent to those described on surviving Paston inventories. These include vessels of pearl, shell, crystal, ivory, amber and agate, as well as paintings, sculpture and furnishings which could once have been in their possession.

We will also explore the identity of the artist. The Paston Treasure follows a Dutch and Flemish still-life tradition known as ‘Vanitas’ in which symbolic objects such as hourglass, watch, clock and candle suggest the vanity of life and worldly wealth. The work must have been painted in England, probably at Oxnead, by a Dutch artist. One strong candidate is Haarlem-trained pupil and son-in-law of Frans Hals, Pieter Gerritsz. van Roestraeten (c.1630-1700). He came to England in 1666, and often painted still-life ‘portraits’ of real or symbolic objects, sometimes on a similar scale to The Paston Treasure. But nothing in his or any other known still-life artist’s oeuvre is quite as powerfully personal and poignant.

Our painting includes not only a real collection, but a portrait, almost certainly of Robert’s favourite daughter, Mary, who holds a song whose words clearly refer to death. X-rays of the painting reveal changes in its composition which suggest a change of emphasis - towards a memento mori. During the mid-1670s, when this picture was painted, it is known that Mary died, and Robert fell into serious debt and began to sell his collection. Thus the painting perhaps commemorated the very point in time where the Paston family fortunes began to decline irreparably. By 1732 Robert’s son had also died, bankrupt, and the fall of the family was complete. The Paston Treasure will bring out the many complex and fascinating themes of this painting, both to give an insight into the stunning art collections once held in Norfolk, and a glimpse into the extraordinary circumstances in which this collection, along with the Pastons, could disappear within half a century.

The Paston Treasure: Riches and Rarities of the Known World is curated by Dr Francesca Vanke, Keeper of Fine Art and Curator of Decorative Art, Norfolk Museums Service, working with a team of curators and historians in the UK and America. 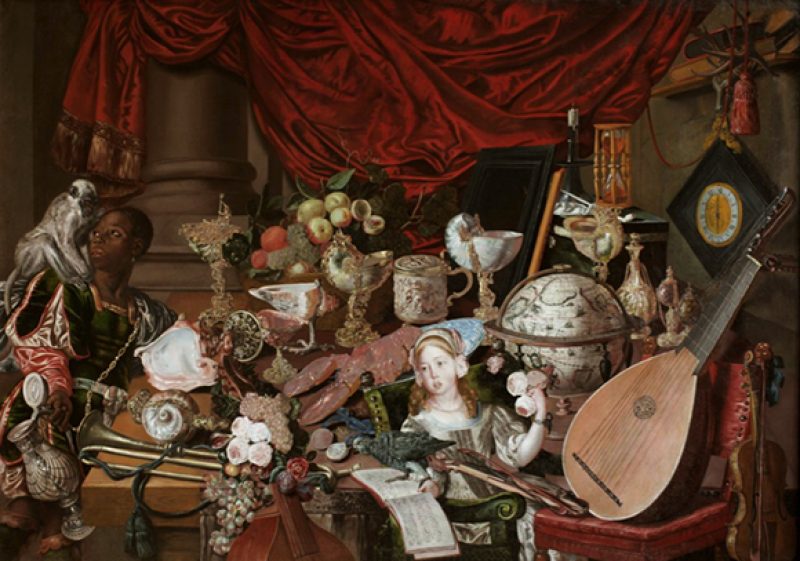