Standing atop the largest man-made mound in the country, Norwich Castle has dominated the City’s skyline ever since the 12th century. Witnessing the ever-changing cityscape from its heights, the Castle has had many iterations of its own over the last 900 years. But what is the story of Norwich’s iconic and much-loved square box on the hill?

Built as a royal palace, Norwich Castle was a Norman showpiece with lavishly-decorated interiors fit for a king, complete with Great Hall and Chapel. By the 14th century, its walls no longer symbolised wealth and ostentation but power and authority as it became the County Gaol. After the relocation of the prison in the late nineteenth century, the Castle fell into a desperate roofless ruin until its conversion into a public museum, which it remains to this day.

This exhibition illustrates Norwich Castle’s rich history through a stunning mixture of prints, photographs, paintings, architectural plans, memorabilia and archives, many of which have never been on display before. But the Castle’s journey does not end there; The Square Box on the Hill will showcase the latest exciting plans for the Castle Keep's future and the ambitions for the HLF-funded Norwich Castle: Gateway to Medieval England project.

Proudly supported by Brown&Co, The Square Box on the Hill will be shown alongside Inheritance Norwich Castle Open Art Show 2018. 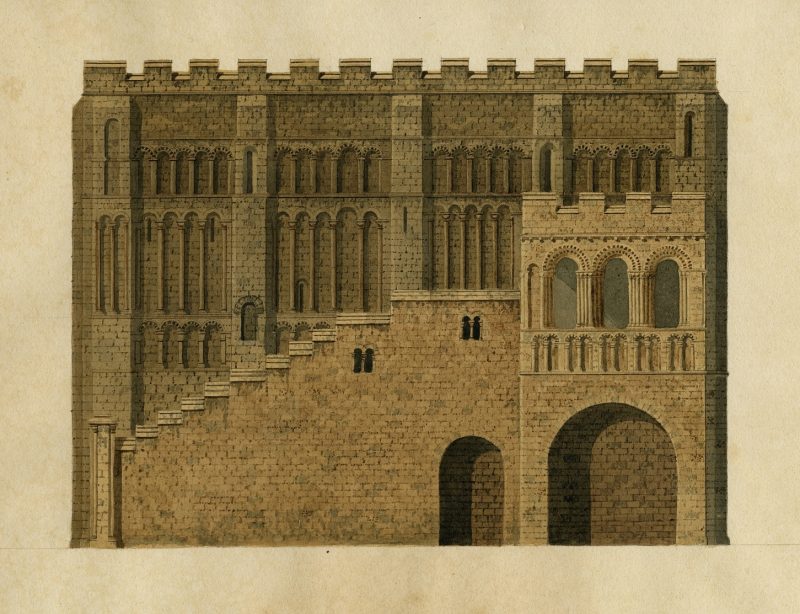